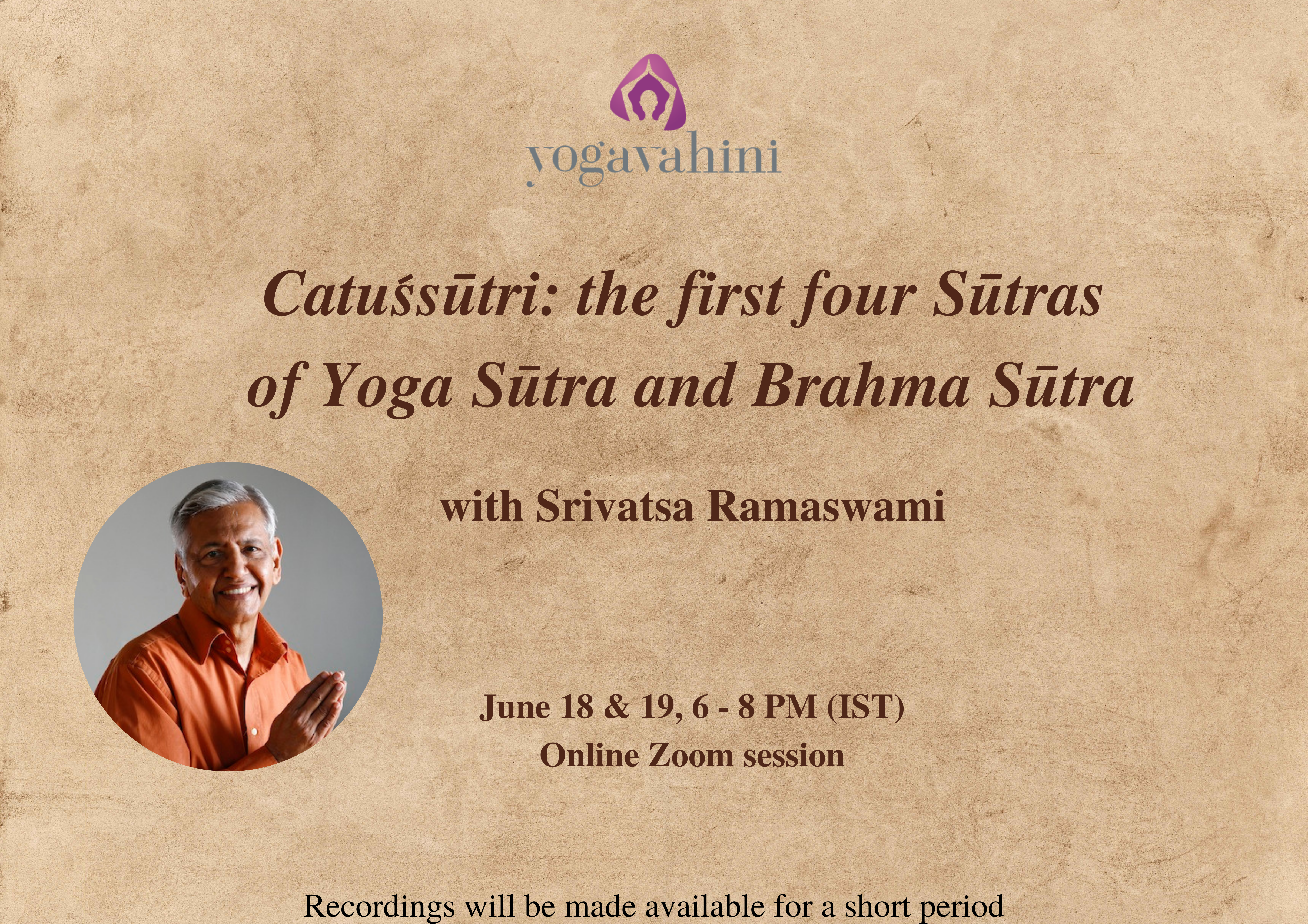 The first four sutras of both Yoga Sutra and Brahma Sutra are said to contain the quintessence of the entire Yoga and Vedanta philosophies respectively, Both these Vaidic Darsanas or philosophies have much in common and yet are different. Being the siblings from  Mother Veda, they proclaim a common goal which is complete cessation of samsara or detachment and avoidance of rebirth. Yoga talks about avoiding pain yet to come in future births (heyam duhkham anagatam);  vedanta sutra ends with the declaration  ‘na ca punaravartate, na ca punaravartate’ (One is not born again; one is not born again) and also with regard to  the the nature of the individual subject or purusha. They differ on the origin of the universe, the unitary or multitude of  atmans or individual self-s. The advaita vedanta interpretation of vedanta subscribe to the view that the universe is a created illusion whereas the yogis call the creation real (satkarya). Many people who study the Vedanta alone but without the foundation of other nivritti darsanas like Yoga and Samkhya find it difficult to comprehend the essence of Vedanta. And many yoga students study Yoga Sutra as a standalone text without Samkhya and Vedanta and find it incomplete. Sri Krishnamacharya taught all the three nivritti sastras, Samkhya, Yoga and Vedanta to his students

This is an attempt to help yoga students get introduced to Vedanta philosophy and a brief comparison between yoga and vedanta philosophies through the 4 sutras each of Yoga Sutra and Brahma (Vedanta) Sutra.

Srivatsa Ramaswami (83) was a student of the legendary yogi Sri T Krishnamacharya for over 30 years. He studied hatha yoga, vinyasa krama, chanting of several chapters of the Yajur veda and Sanskrit philosophical texts like the Upanishad Vidyas (Taittiriya, Mandukya, Mundaka, Chandogya, Brihadaranyaka) and others such as Yoga Sutra, Samkhya Karika, the Bhagavad Gita. He has published four books: Yoga for the three stages of life, Yoga Beneath the Surface (with David Hurwitz), Basic Tenets of Patanjala Yoga & Complete Book of Vinyasa Yoga. He has published more than 100 yoga related articles, released about 30 CDs on Sanskrit chants including Yoga Sutra, Surya Namaskara. He has to his credit about 60 videos on chants, vinyasa krama and talks on YouTube. He has been teaching for the last 30 years – 20 years at Kalakshetra, in India and for about 10 years teaching a 200 hour Vinyasa krama Teacher Training Summer Program at Loyola Marymount University, Los Angeles, apart from several shorter programs in Chicago and other cities in USA, UK, Canada, Mexico, India and other places.